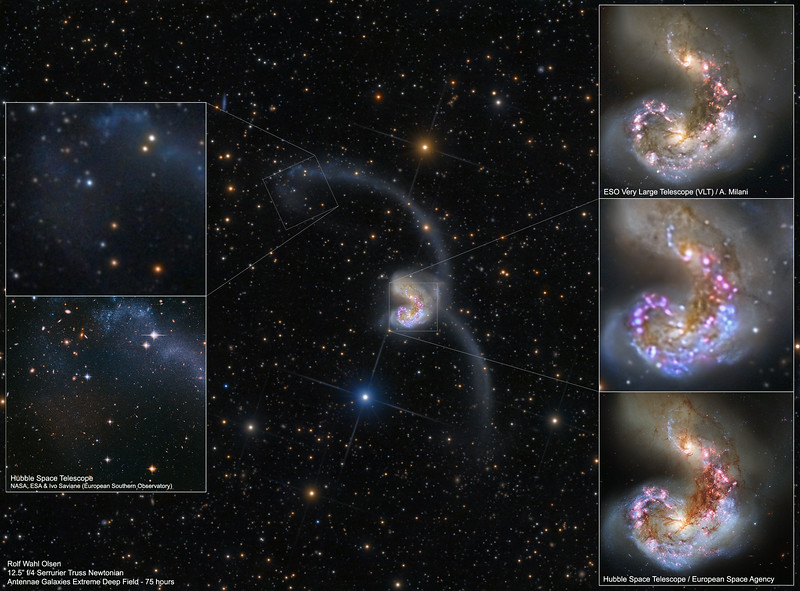 The iconic features of these two interacting galaxies are the two long tidal streams expelled by the collision of the galaxies. The long upper (Southern) stream seems to actually be a loop and a very faint portion of the material appears falling back towards the galaxies. Along this stream several brighter blue knots can be found, culminating in the large extended clump at its end. These knots are composed of young hot blue stars, likely triggered by the violent forces induced by the collision. The shorter lower (Northern) stream extends into a large faint fan shape with a little curl up towards the right.

The main action is happening in the centre where intense starburst activity has been triggered by the merging of the two galaxies. Bright blue arcs of hot young O and B type stars light up the core area, together with the distinct magenta hue from massive glowing hydrogen nebulae. The two galaxy nuclei can still be seen separately, with nebulae, star streams and dark dust bands circling around them in a chaotic dance.