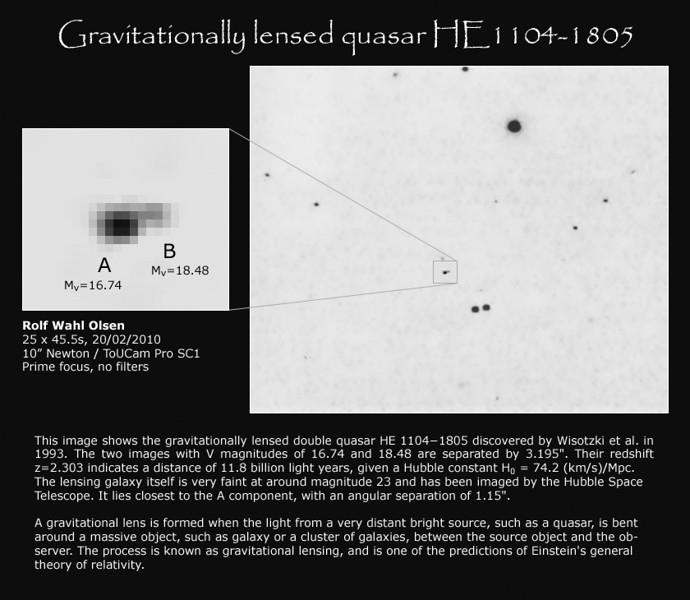 The gravitationally lensed double quasar HE 1104−1805 was discovered by Wisotzki et al. in 1993. The two images with magnitudes of 16.70 and 18.64 are separated by 3.195". Their redshift z=2.303 indicates a distance of 11.8 Gly (given a Hubble constant H0 = 74.2 (km/s)/Mpc).
The lensing galaxy itself has been imaged by Hubble Space Telescope and lies closest to the A component, with an angular separation of 1.15".
A gravitational lens is formed when the light from a very distant bright source, such as a quasar, is bent around a massive object, such as galaxy or a cluster of galaxies, between the source object and the observer. The process is known as gravitational lensing, and is one of the predictions of Einstein's general theory of relativity.