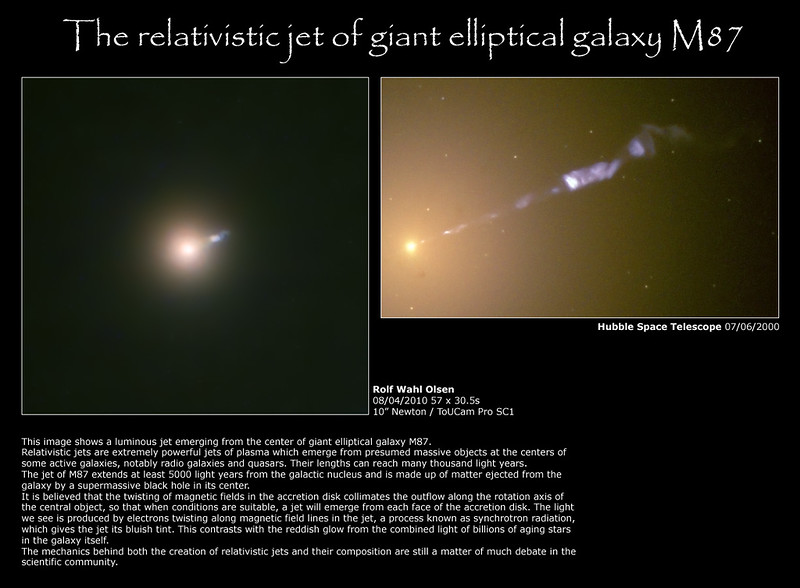 This image shows a luminous jet emerging from the centre of giant elliptical galaxy M87. The visible features of the jet corresponds very well with the Hubble image.

Relativistic jets are extremely powerful jets of plasma which emerge from presumed massive objects at the centres of some active galaxies, notably radio galaxies and quasars. Their lengths can reach many thousand light years. The jet of M87 extends at least 5000 light years from the galactic nucleus and is made up of matter ejected from the galaxy by a super-massive black hole in its centre.
It is believed that the twisting of magnetic fields in the accretion disk collimates the outflow along the rotation axis of the central object, so that when conditions are suitable, a jet will emerge from each face of the accretion disk.
The light we see is produced by electrons twisting along magnetic field lines in the jet, a process known as synchrotron radiation, which gives the jet its bluish tint. This contrasts with the reddish glow from the combined light of billions of ageing stars in the galaxy itself.
The mechanics behind both the creation of relativistic jets and their composition are still a matter of much debate in the scientific community.