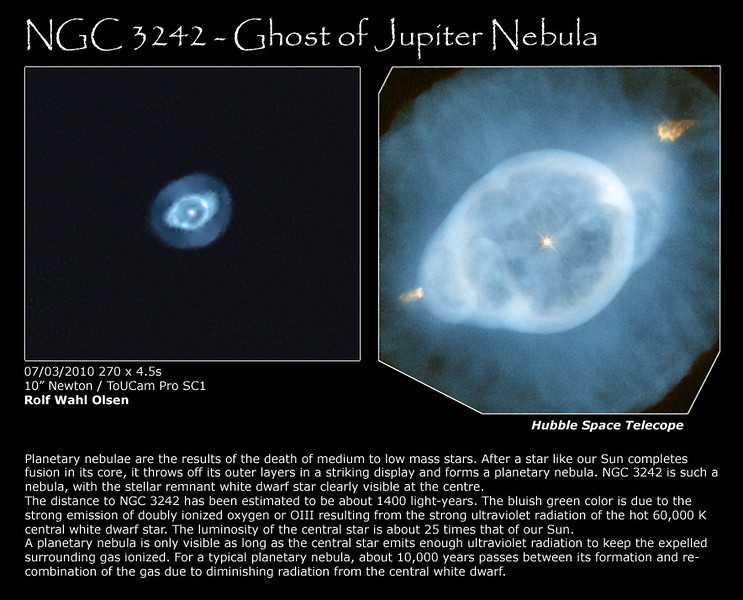 Planetary nebulae are the results of the death of medium to low mass stars. After a star like our Sun completes fusion in its core, it throws off its outer layers in a striking display and forms a planetary nebula. NGC 3242 is such a nebula, with the stellar remnant white dwarf star clearly visible at the centre.
The distance to NGC 3242 has been estimated to be about 1400 light-years. The bluish green color is due to the strong emission of doubly ionized oxygen or OIII resulting from the strong ultraviolet radiation of the hot 60,000 K central white dwarf star. The luminosity of the central star is about 25 times that of our Sun.
A planetary nebula is only visible as long as the central star emits enough ultraviolet radiation to keep the expelled surrounding gas ionized. For a typical planetary nebula, about 10,000 years passes between its formation and recombination of the gas due to diminishing radiation from the central white dwarf.

This is an impressive target also visually. Very strong blue/green in colour. With a 16mm Nagler and 5x Powermate I was able to see the nebula pretty much as it appears in the image, although much fainter.