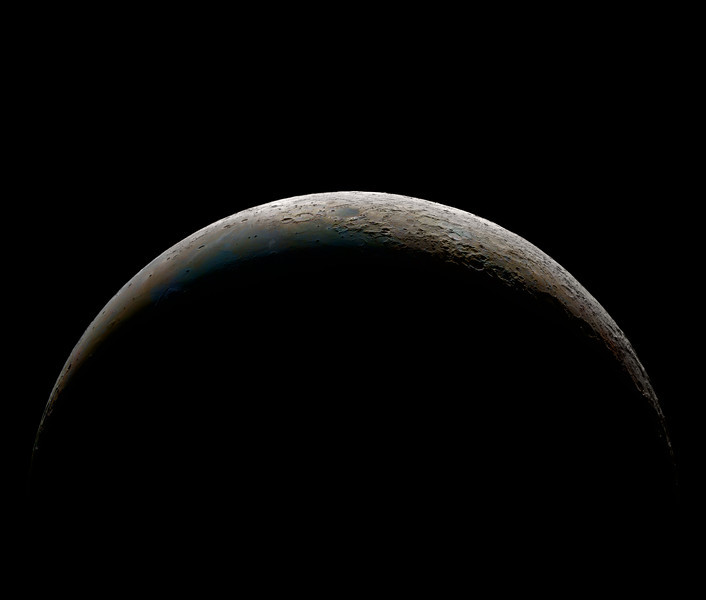 The QSI683wsg camera is way too sensitive to take unfiltered images of the Moon, but on 8th February I noticed a beautiful crescent Moon rising just as I was closing the observatory in the early morning. I decided to try imaging the Moon through a NIR filter since this would be the band of least sensitivity for the camera, and fortunately I was able to grab this image using an exposure time of 1/20th second.

Since the image would be oversaturated through the RGB filters I didn't manage to get any colour for this image using the QSI683wsg, but I then combined the luminance data with my earlier saturated Moon image from 2010: A Lunar Mineral Map

The libration differences made this somewhat difficult, but I was able to fit the old colour data to the crescent with reasonable accuracy.

I then rotated the image 90 degrees clockwise and was immediately taken by the resulting mysterious appearence of the scene. Although this is our good old Moon, it looks more like being on approach to an alien planet or one of the moons of the outer Solar System, reminiscent of some of the Cassini images of Saturn's moons.