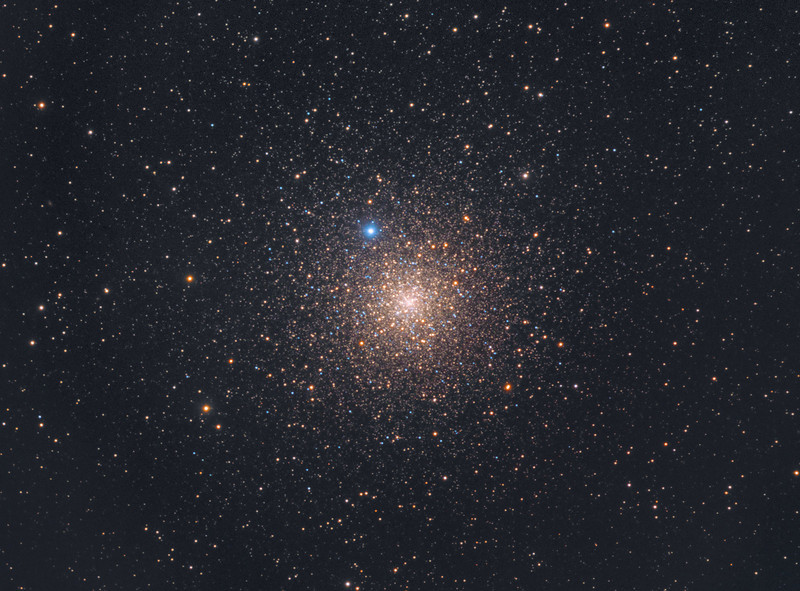 NGC 6752 is located appriximately 13,000 light years away in the southern constellation of Pavo. It is the third brightest globular cluster in the sky after Omega Centauri and 47 Tucanae.

This image was taken under an unforgiving 94% illuminated Moon and I had to battle with some strong gradients but the end result proved much better than I could hope for.
This is a crop of about 80% of the full frame, there was a nasty reflection from the Moon near the top so a slight crop was called for. I also did a thorough collimation prior to taking this image and think I have eliminated most of the coma now. The FWHM was hovering around 2.0"-2.5" which is a bit less than in my previous images so that was promising.
Despite the moonlight there are even a handful of faint background galaxies showing, see if you can spot them!

BTW I actually really enjoy the refractor like views that my wire spider provides - look at that, not a diffraction spike in sight! Only an ever so slight hint of them on the 7th magnitude star HD 177999 near the centre.